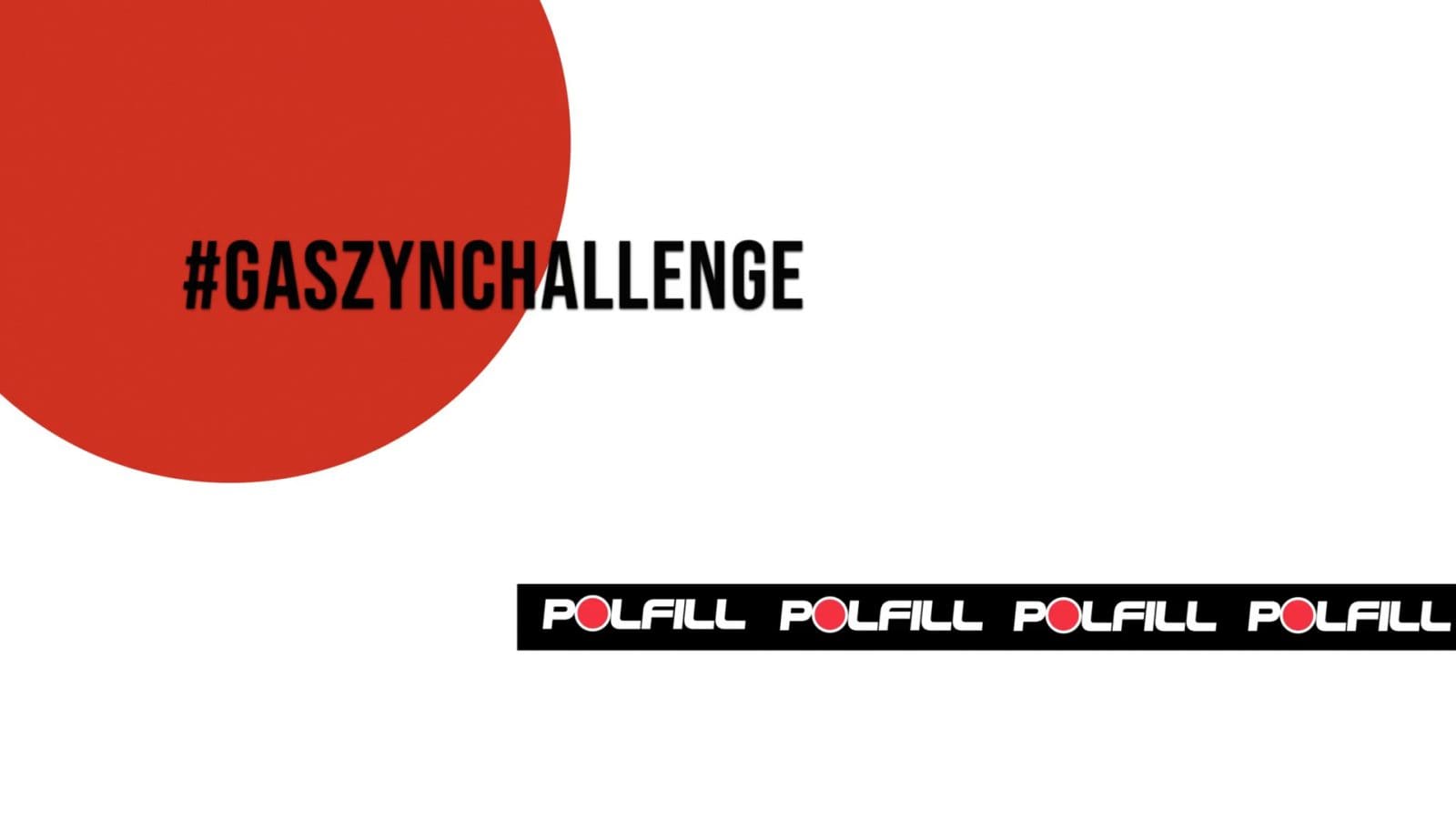 #GaszynChallenge is now a popular initiative originated by a firefighter from the Volunteer Fire Department in Gaszyn. As it stands today, it aims to promote participation in charity fundraising for the most needy with a broader community reach.
The challenge, passed on from people to people and institutions, has also reached Polfill, which joined the initiative without hesitation!

It all started with Wojtek, a boy aged one and a half years with spinal muscular atrophy (SMA) and a fundraising effort to support his treatment, which initially was far from successful. To somehow draw attention of donors to the parents’ call, Marcin Topór, a firefighter from the Volunteer Fire Department in Gaszyn came up with the idea of combining competition in sports with donating symbolic amounts to help out the child. The idea appealed so much to the community that it turned into a regular campaign, with more and more companies, institutions and individuals eager to join. To the symbolic 10 push-ups, 10 sit-ups have been added to make it easier for an even larger group of people to video record their sporting abilities, and donations to charity are now allocated not only for little Wojtek, but also to support many others in need.

The challenge had been around Poland for a few weeks, until it finally reached Lerg SA, which then nominated Polfill. Of course, we joined without hesitation!
The weather was favourable, so the push-up event took place in the yard in front of the entrance to the newly opened warehouse of the Putties and Varnishes Department. Congratulations to the participants on their fitness!

The challenge was successfully passed, and most importantly, Lerg donated funds for the treatment and rehabilitation of little Krystian from Podkarpacie Province, who is fighting a brain stem tumour. We have made it!

New on offer – POLYESTER PUTTY 3 in 1

This website uses cookies to improve your experience while you navigate through the website. Out of these cookies, the cookies that are categorized as necessary are stored on your browser as they are as essential for the working of basic functionalities of the website. We also use third-party cookies that help us analyze and understand how you use this website. These cookies will be stored in your browser only with your consent. You also have the option to opt-out of these cookies. But opting out of some of these cookies may have an effect on your browsing experience.
Necessary Always Enabled
Necessary cookies are absolutely essential for the website to function properly. This category only includes cookies that ensures basic functionalities and security features of the website. These cookies do not store any personal information.
Non-necessary
Any cookies that may not be particularly necessary for the website to function and is used specifically to collect user personal data via analytics, ads, other embedded contents are termed as non-necessary cookies. It is mandatory to procure user consent prior to running these cookies on your website.
SAVE & ACCEPT